Get fresh music recommendations delivered to your inbox every Friday.
We've updated our Terms of Use. You can review the changes here.

by Square of Opposition Records 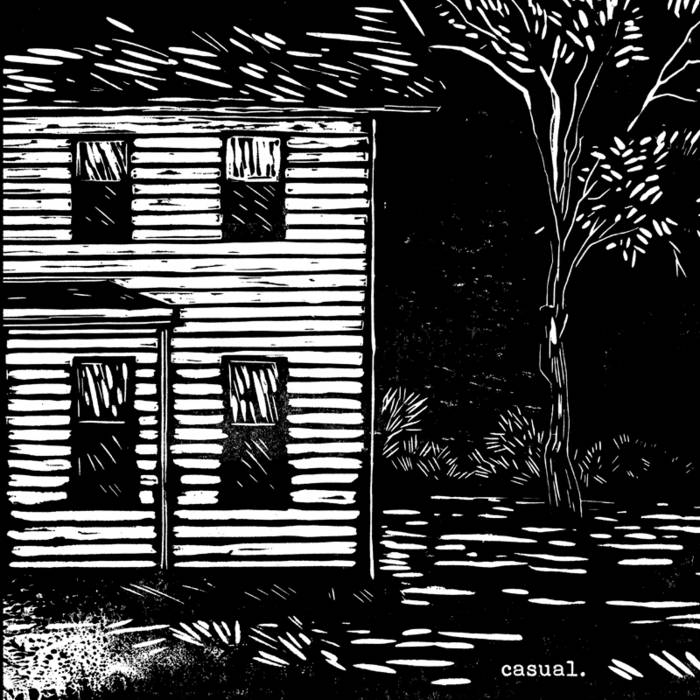 "The members of Casual have been the catalyst for keeping the tiny suburban community of Flemington, New Jersey on the punk map over the past five years. Through a "members of" list that's nearly a decade long and four states wide, as well as their involvement with a DIY space that's become a home to touring bands looking for a spot to play between Philly and New York, their brand of witty, technical "pot punk" has been turning heads for a couple of years.

Now, Casual – guitarists Mike Haller and Jeff Hersch, bassist Liz Parsons, and drummer Joe Brendel – is finally dropping their self-titled full length on Square of Opposition and Dead Broke Rekerds. From the jump, the band tackles the issues that pop up in suburban life – boredom and a Magic: The Gathering obsession on the scream-along second track "Mana Burn", drug addiction on the burning, furious closer "Opium" – with a tenacity and thoughtfulness far beyond their years. The highlight is "Doing Business," a dynamic, concise punk song that channels just as much Static Radio NJ as it does RVIVR. Casual is a fantastic first effort for a band that's quietly building a reputation for their energetic live show."- P.Blest

Bandcamp Daily  your guide to the world of Bandcamp